If there was ever a time to find levity in our circumstances, it’s now. It is no secret that laughter is good medicine, but beyond improving mood and alleviating stress, it also happens to be good for our immune systems? Let’s unpack this ….

In 1964, a political journalist named Norman Cousins, managed and eventually cured (according to his own perception) his Ankylosing Spondylitis (an autoimmune condition affecting the spine). He did this though good nutrition, massive doses of Vitamin C and scheduled boughts of hysterical belly laughter courtesy of “The Three Stooges”. He reports: “I made the joyous discovery that ten minutes of genuine belly laughter had an anesthetic effect and would give me at least two hours of pain-free sleep”. Further, “When the pain-killing effect of the laughter wore off, we would switch on the motion picture projector again and not infrequently, it would lead to another pain-free interval”.

Really? Laughter? In the words of Bernie Siegel, an internationally recognized expert in the field of cancer treatment and complementary holistic medicine: “The simple truth is that happy people generally don’t get sick.” 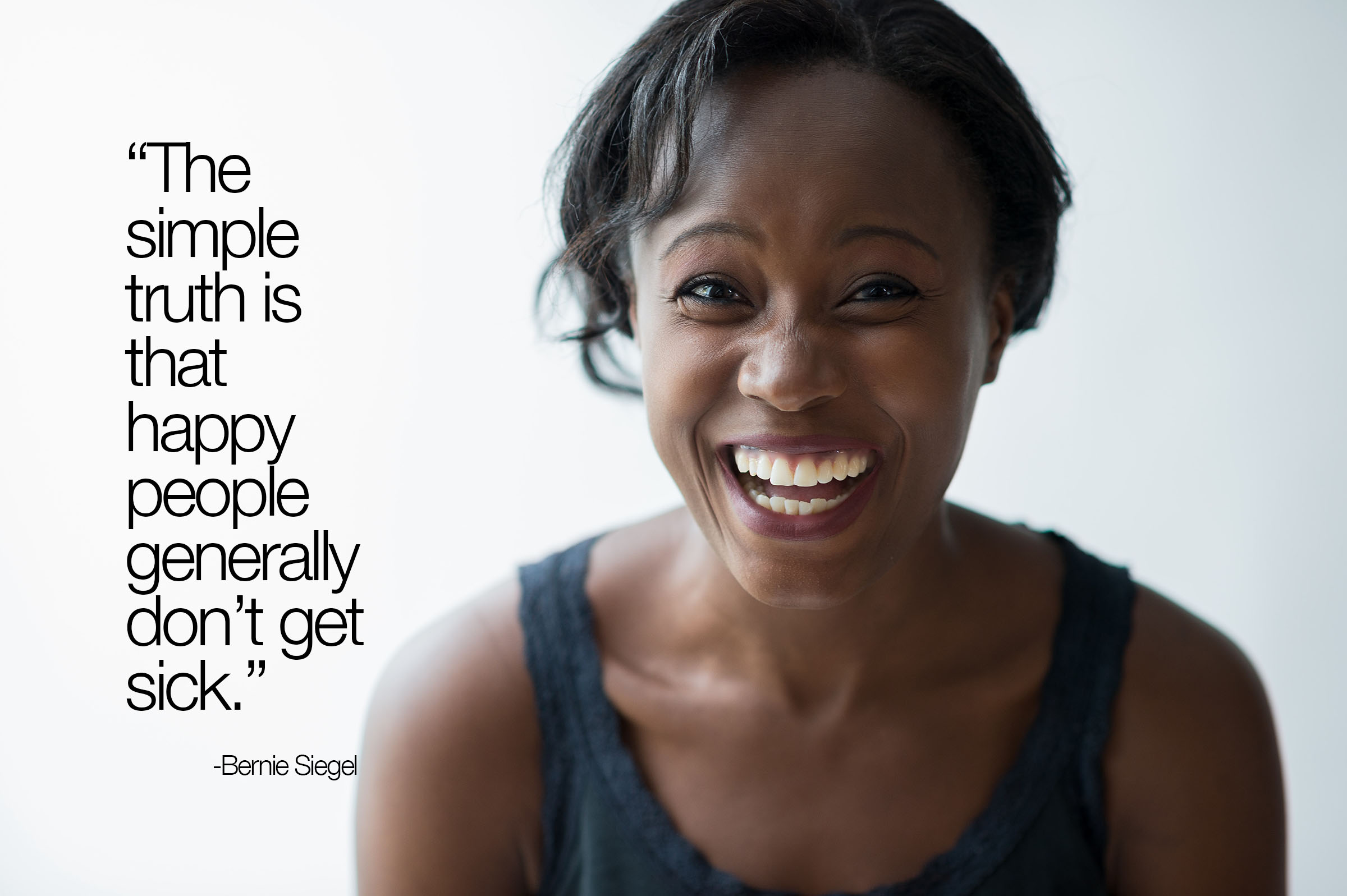 Taking a dive into the medical literature we find that laughter exerts it effects primarily by engaging the diaphragm (you know, that massive muscle that allows you to breathe?). It just so happens that when the diaphragm is working, the rate of lymphatic circulation increases about 10-15x it’s normal rate.

“What’s lymph?”, you ask. Our lymphatic system is a series of vessels and nodes located throughout the entirety of your body. These are the guys that get swollen and tender under your jaw when you have a sore throat. They clear away metabolic waste, excess fluids, dead cells and even a few microorganisms. More crucially, they make the cells that protect your body from future infection: your ANTIBODIES.

Our blood circulates through a network of vessels with the heart as a pump. The lymphatic system, also a network of vessels, does not have a pump. Instead, lymph gets moved by physical manipulation (a little dry skin brushing anyone?), muscular contraction and…. wait for it: BREATHING!! The deeper we breathe, the more lymph we move and thus production of those precious antibodies is increased.

Turns out that laughing heartily is correlated with (among other things) the following:

And lastly, anything that engages the diaphragm also engages the parasympathetic response. This is the “rest and digest” portion of the autonomic nervous system. That makes it a great stress reliever. I’m not sure about you, but I could use a little more stress relief in my life!!

The takeaway message is NOT that a good hearty chuckle is all that’s required to help bolster our body’s immune system. Instead, the point is that laughter is a critical tool by which our body’s defenses are enhanced making it harder for infection to take up residence. So your Covid-19 tool bag might include: painstaking handwashing, using oil of oregano, Vitamin C, wearing a protective mask, physically distancing, zinc, echinacea and…..some time with Napoleon Dynamite (OMGoodness – can I just tell you how much that movie makes me laugh??).