The impact of hormones on vaginal immunity.

For most women, yeast infections are nothing new. We know that if we take a prescription of antibiotics for a sinus infection that just won’t go away, we run the risk of getting a yeast infection. As doctors, we also know that those who use steroids regularly, have Diabetes, or are immunocompromised also have a greater likelihood of developing vaginal yeast infections. However, there are women out there who suffer from this minor annoyance, monthly or worse yet- constantly, often for years. The pattern usually presents as gradually getting worse prior to menstruation followed by relief for up to 10 days afterwards before the whole cycle starts again. These women know about the role of antibiotics and how they disrupt the healthy balance of bacteria in the body leaving yeast the opportunity to grow and proliferate. They are often aware that sugar, breads, dairy and alcohol feed yeast and will mostly be avoiding these. Often times women will report taking “yeast busting” cleanses that temporarily relieve their symptoms for a month or two only to have it return. So why does this keep happening? The timing of the infections is our clue. While optimal hormone balance rarely leaves us susceptible to this type of chronic infection, a relative excess of estrogen has an enormous impact on the immune micro-environment of the vagina. It not only allows the vulnerability to the yeast in the first place but goes on to feed it throughout the cycle. 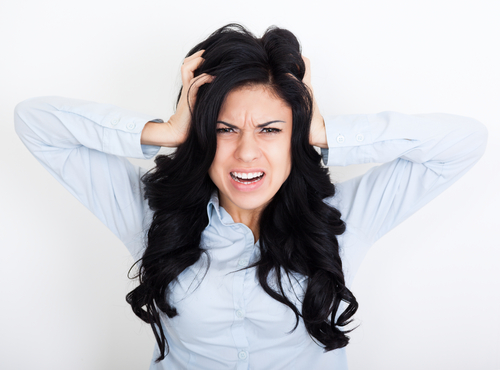 Besides the relative acidity of the vagina created by the presence of Lactobacillus (the main factor protecting us from infection), there are several types of immune cells that reside within various zones of tissue that provide further protection. Through a complex interplay of chemical messages and interactions, these cells essentially reveal microorganisms to other cells that will then ingest them. There is also a formidable complement of something called ‘secretory IgA’, a type of antibody that: neutralizes viruses, blocks the adherence of microbes to the tissue wall and enhances the microbe eating activity of other immune cells. Under normal conditions, secretory IgA begins to increase during the second half or luteal phase of a woman’s cycle and is lowest at ovulation thus allowing for insemination and possible conception. This leaves a woman vulnerable to infection for the first two weeks of her cycle which is typically when we start to see the symptoms returning.

Where we see problems is when a woman expresses an excess of estrogen relative to progesterone during the last half of the cycle. While estrogen can lower the amount of secretory IgA, it can also decrease the ability of certain immune cells to present microbes to the other types of cells that would otherwise engulf the pathogen. Furthermore, excessive estrogen shifts the immune response from one that is cell mediated to on that is antibody mediated. In other words, the simple ingestion of a foreign invader vs a more specialized approach which requires an initial exposure, an initial exposure that leads to symptoms; symptoms that would not have manifested had the microbe been dealt with by cells that just eat what’s not supposed to be there in the first place. Once an organism has overwhelmed the local immunity, estrogen makes things worse by allowing more vaginal epithelial cells (skin cells) to slough off and provide a food source (glycogen) for the growing microbes. Normally this food source would be reserved for the Lactobacillus that maintain the acidic pH of the vagina, however given the balance in favor of the invading microbe, the glycogen stored in the skin cells of the vagina actually contribute to their proliferation.

Dealing with excessive estrogen can be tough. Poor liver function caused by stress and poor diet, the exposure to environmental estrogens, the relative estrogen excess that comes with peri-menopause from lack of ovulation, oral contraceptive pills and under-function of the adrenal glands can all tip the scales overwhelmingly in favor of estrogen. Luckily, this pattern seems to be quite amenable to naturopathic interventions. Our strategies usually involve enhancing elimination by the liver and gall bladder, improving nutrient status, reducing exposure to petrochemicals and correcting adrenal function. Correcting adrenal function, by the way, is extremely important in that high levels of stress in and of themselves can drive down overall secretory IgA levels. So in addition to using the herbs, glandulars and vitamins available to us, outlining a stress management program is essential to minimizing the impact of stress on our immunity.

The occasional yeast infection is usually just a transient shift in the body’s ecology and is quite responsive to dietary changes, probiotics, antifungals a sitz bath and even a garlic clove suppository. However, when the infections are chronic and sometimes constant one must consider that the yeast itself isn’t the cause but rather the consequence of a greater imbalance – beyond slips in diet or taking prescription medications. Exploring the relationship between estrogen balance and secretory IgA levels in the vagina provides one possibility for treatment and has implications beyond yeast in that maintaining robust immunity in this area can protect us from all manner of infections including the possibility of cancer.